Hackathons are volunteer-driven technology building gatherings usually between 30 to 200 strangers gathering around a certain technology or social problem. Teams form around project ideas, and build them in a day or so. It's a race against the clock to find an idea, make prototype and to demonstrate it at the end of the event. There's usually a judging panel who award a prize.

We don't organise one-off events. We curate for the big questions, and challenges in agriculture. For each event we make sure we have the right people present who can work on these challenges, and we provide the relevent data, and technology to get cracking.

Our first Farmhack was on a potato farm in the south of The Netherlands, near the Belgian border. A bunch of agronomists showed up, talking about how they spot little problems with growth of a crop somewhere in the fields, and how it was so important to remember to come check on it later.

They had an idea for a phone app to do this, but the computer science students they teamed up with disagreed. Their idea had too many gaps, and wasn't technically viable.

They ended up making Digital Eye, a tractor-mounted camera that automatically takes snaps of points of interest each time a tractor drives by. 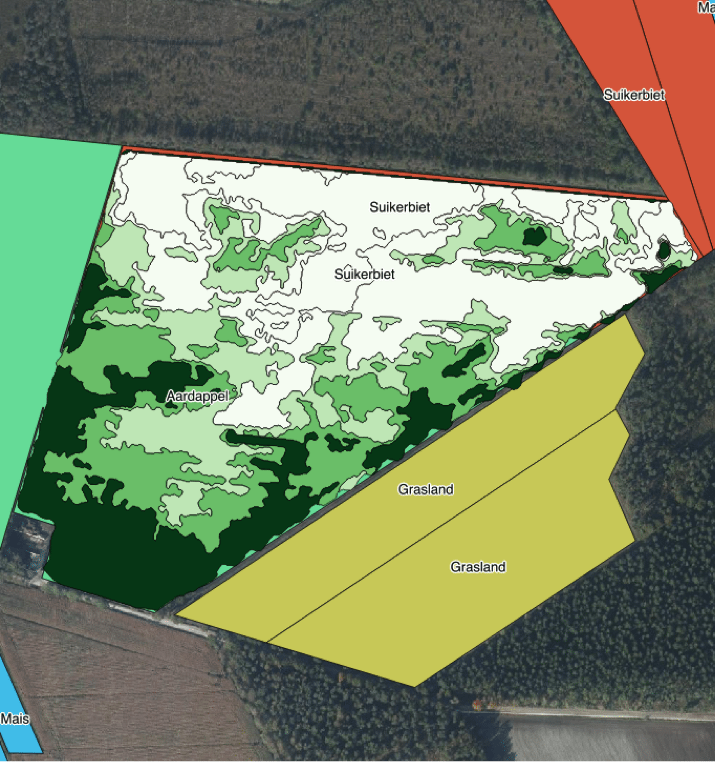 Another FarmHack was called "The Internet Of Pigs." It was hosted right in the middle of Holland's pig farming region, called "De Peel". There are only pig farms for miles around, and the smell of ammonia hangs unavoidably in the air, from the endless stream of pig pee.

There, one team tackled a problem that every pig farmer has given up on: it's impossible to weigh them. Have you ever tried to weigh a pig? They're strong, slippery and well, pig-headed.

But farmers need to choose which pigs are ready for slaughter based on weight. Open source software to weigh pigs using pictures existed, but the camera hardware needed was too expensive.

An embedded software engineer from Intel spotted this, and he had a hunch that mobile phone cameras could work.  Thirty hours later, he released a freely available app for any pig farmer to weigh their pigs with just their phone.

At our hackathons our participants experience each time that they find everything they need to take on challenges in the domain.

For those from outside the domain, say the machine learning specialist, we offer an easy way into domain expertise, and possible applications for big issues in agriculture. For those already involved in agriculture, we offer new vantage points on technological possibilities by drawing in people from outside.

It's funny. Software companies see no real priority to build such an innovation space for themselves. They are scared of the perpetual nature of real innovation, where they would rather define clear steps, and stops for their projects. They are only interested in technology that generates direct revenue for them. On the other hand government, and research organisations just doesn't get it. They are always behind on what's real.

So Farmhack has turned into this social enterprise with a niche, a dedicated safe space, where anyone can learn about the possibilities for technology in agriculture. Initially, I just set it up for my own learning, but now it's a communal thing.

What it has taught me is that this is actually the fastest way to learn. The effort is in bringing together the challenges that are relevant to our stakeholders, especially the farmers. But once you've got it together, then collaborations emerge quickly, and you can see what's really possible, even within the limited timespan!

Hackathons provide a fun structure that enables people to start serious side projects. They offer an inspiring environment to try new things, remove the need for "good ideas" to start, connect people who can address skill gaps, making everyone productive with deadlines and competition.

Providing this bit of structure is enough to stimulate people to engage, and enough to consistently produce valuable results. Overall, the experience shows people they're capable of a lot more than they thought. They get empowered.