For Jan Chipchase to do his job, he has had to carry chunks of gold into markets in Myanmar, borrow money from loan sharks in Malaysia, meet taxi drivers in Rio's favellas, and hang out in gun markets in Kabul.

Jan isn't a mercenary; he actually has a corporate job. He's a field researcher in emerging markets.

His projects are 6 week-ish, immersive, on-site stints. Through first hand insights and conversations with people, Jan is able to spot future trends and help design products that go global. He observes emerging behaviour because that give us glimpses of the future.

If you want to understand the forces shaping our world for the next hundred years start with China, Brazil, India, and Indonesia.

If you’re wondering how long the Chinese economic miracle will last, the answer will probably be found in the bets made on commercial and residential developments in Chinese third to sixth-tier cities in Xinjiang, Gansu, Qinghai, and Tibet.

For each research project, Jan puts together a different team, picking from his network of internationally-experienced researchers, and local "fixers" who they recruit to gain quick entry into local communities.

To give you sense of his projects, let's take a look at his diary he published called Today's Office:

Dec 4th, 2005. Beijing: "This morning’s office is an anonymous waiting room on the second floor of Beijing Main Station. A TV is on in the background watched by three waiting passengers and two bored, elderly waitresses. Two of the passengers are smoking oblivious to the authority of the no-smoking sign, whilst the other has just finished tucking into a large pot of instant noodles and now appears to be enjoying picking her teeth."

Dec 15th, 2005. Lhasa: "Internet is down in the Yak Hotel so a jaunt to the local internet cafe is in order, where all and sundry young males are honing their gaming skills. Tracking on the ground information flows is one of the foundational aspects of my research, and increasingly, regardless of where in the world this includes internet cafes. The price of access includes somewhere to sleep, with a few chairs pulled together."

Dec 30th, 2005. Ho Chi Mihn City: "The motorbike driver arrives at 6am, even though it’s too late to catch the early risers for this research session. Tai Chi in the park started at 4am, but the rush hour is in full swing. 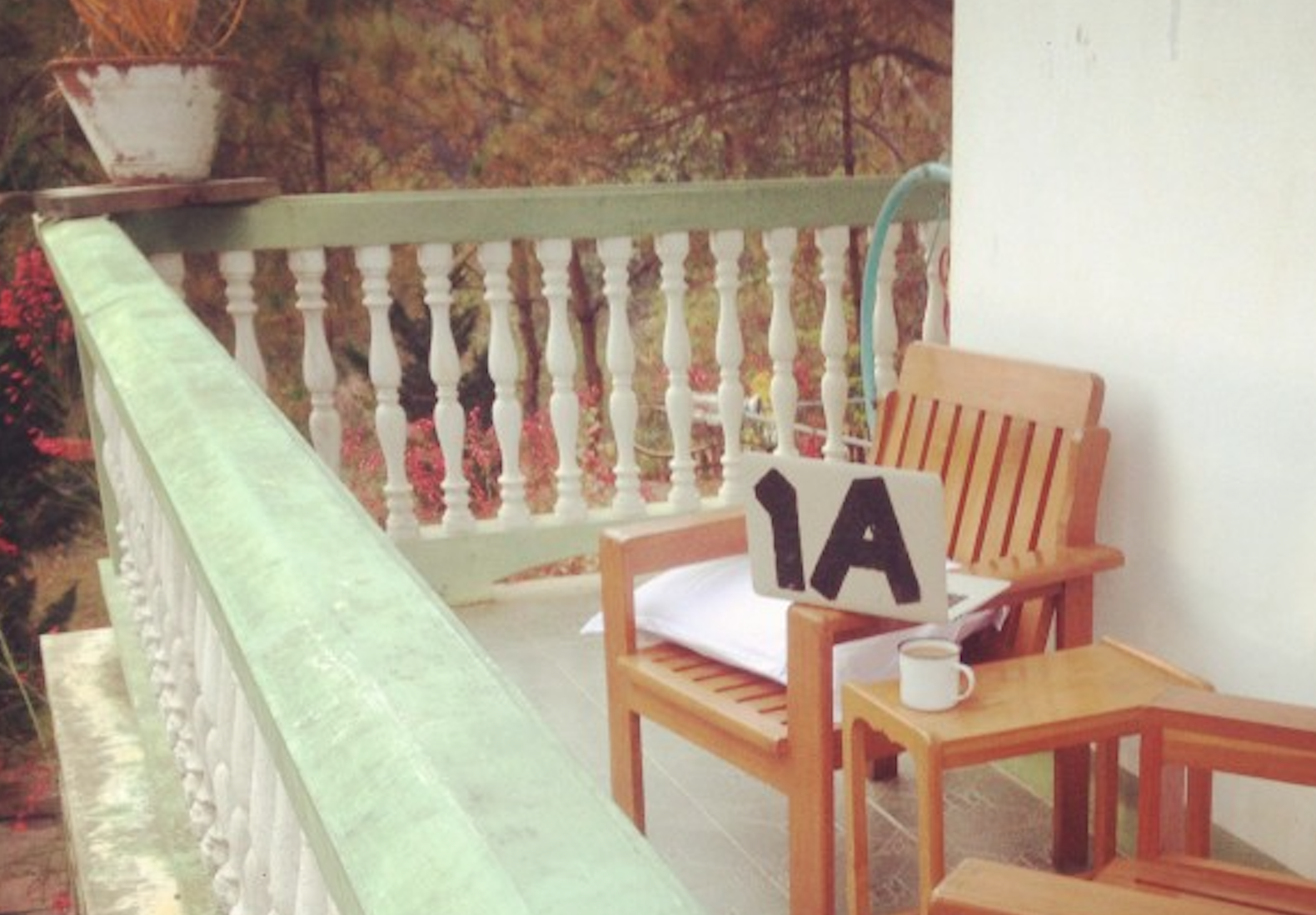 For each project, Jan sets up what he calls a "pop-up studio”, a space where the team works and lives from, embedded amongst the people he's researching. He explains in his book The Field Study Handbook:

Over the years, our teams have transformed many spaces into pop-up studios: homes of all shapes and sizes, guest houses, boutique hotels, salaryman hotels, love hotels, island retreats, a train carriage (en route to Tibet since you ask), a whorehouse, and even the occasional mountain lodge. Mountain air and long walks are particularly good for the team to step back and see the big picture.

The whole team is involved. Within their shared living space, they quickly carve out prototyping desks, data and synthesis walls, and studio spaces.

I have a principle, which is if you sit around the same table, and drink from the same the jug, and break bread under the same roof, you’ll have a very different level of trust and understanding than a team that just meets in a hotel lobby.

One of the easiest ways to demonstrate that this isn't business as usual, is for the most senior person to challenge her own authority. The most junior member of the team has the first choice of rooms and is encouraged to make a selfish choice. If you're the most senior member of the team, the last choice may mean taking the tiny windowless room, the sofa, a camp bed, or out on the veranda.

Jan seems to end up sleeping in the kitchen a lot.

This approach to teamwork helps the team deal with the inevitable pressure that arises:

The accident is not the only reason for our delay. The night before we left the government suddenly announced a 4 day holiday to coincide with the end of Ramazan resulting in more traffic weaving its way out of Tehran. That a 4 day national holiday can be introduced with only a 6 hour notice is perhaps indicative of the unpredictability of the decision making process and ordinary life here.

When we asked him why put everyone through this kind of hardship, he didn't hesitate:

My motivation is to make all members of the team emerge from the project a bit more whole as human beings.

Decompression time is planned after these intensive on-site sprints. The team gets away to slow down together under the same roof, to share observations and to let impressions sink in. Decompression is a requirement for making the project’s home stretch. For the project, it means creating insights. For the person, it means mental preparation for the return to, as Jan puts it, civilian life.

One of Jan's studio visitors in Myanmar reflects on their project:

A space that is truly in tune with thinking and discussion and sense making and building. Time with the team. Time alone on the butterfly treetop deck to reflect. While we’re all focussed on the end goal, it doesn’t look or feel like work.